As noted in a previous post, each municipality in British Columbia reports an item called "Total Own Purpose Taxation and Grants in Lieu", which is a measure of total property taxation.  As we might expect, the total taxation in a community varies with its size.  We can see this if we plot taxation (2017) against population (2016 Statistics Canada) on a log-log scale:

Given this, per capita taxation is bound to be a more useful comparative measure than absolute taxation.  This gives us the following ordered list (municipalities > 1,000 population): 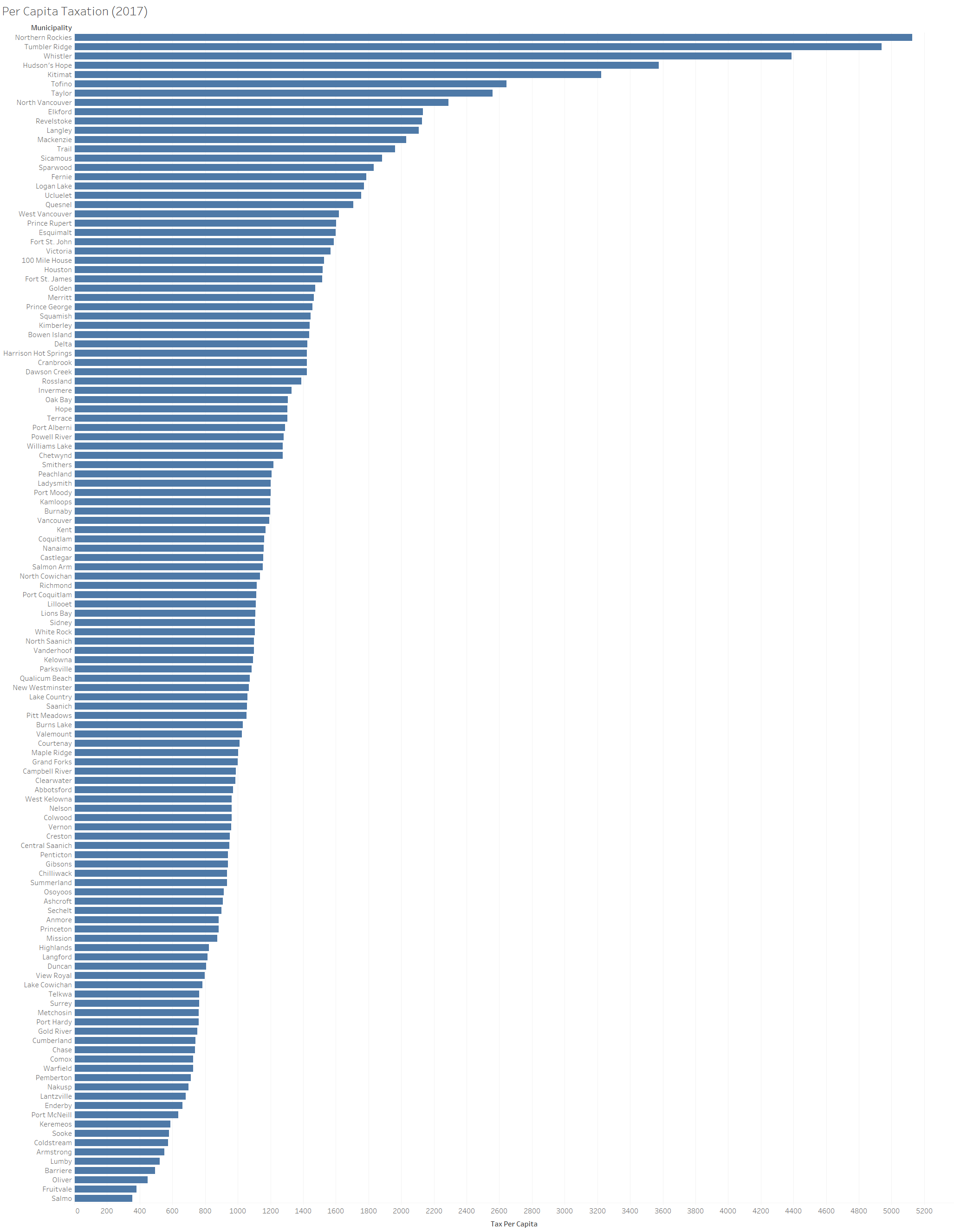 The natural question that arises when looking at a graph like this is: What accounts for the significant variability in per-capita taxation?  One issue might be the existence of a non-residential source of tax revenue.  Specifically, many of the most expensive communities are in the northern part of the province and are closely tied to the resource sector.  To attract skilled workers, theses communities may need to provide a higher level of amenity than we might expect given the modest size of the residential tax base.  Indeed, the resource firms themselves may be responsible for a large share of the municipality's tax revenue, in which case the "per capita tax" measure is misleading.

But not all the most expensive communities are resource-based.  Some, such as the municipalities on Vancouver's North Shore have little industry but are nonetheless affluent.  Higher per capita taxation may suggest a higher willingness to pay by these residents for premium local government services.  Alternatively, the higher per capita tax may result from the need to pay employees more so they can afford to live in the community. Unfortunately, the LGDE data does not provide sufficient detail to permit a deeper analysis.

Another way to summarize the discrepancies in per capita property taxation is to plot per capita against some other measure.  Here I stick with population and get the following: 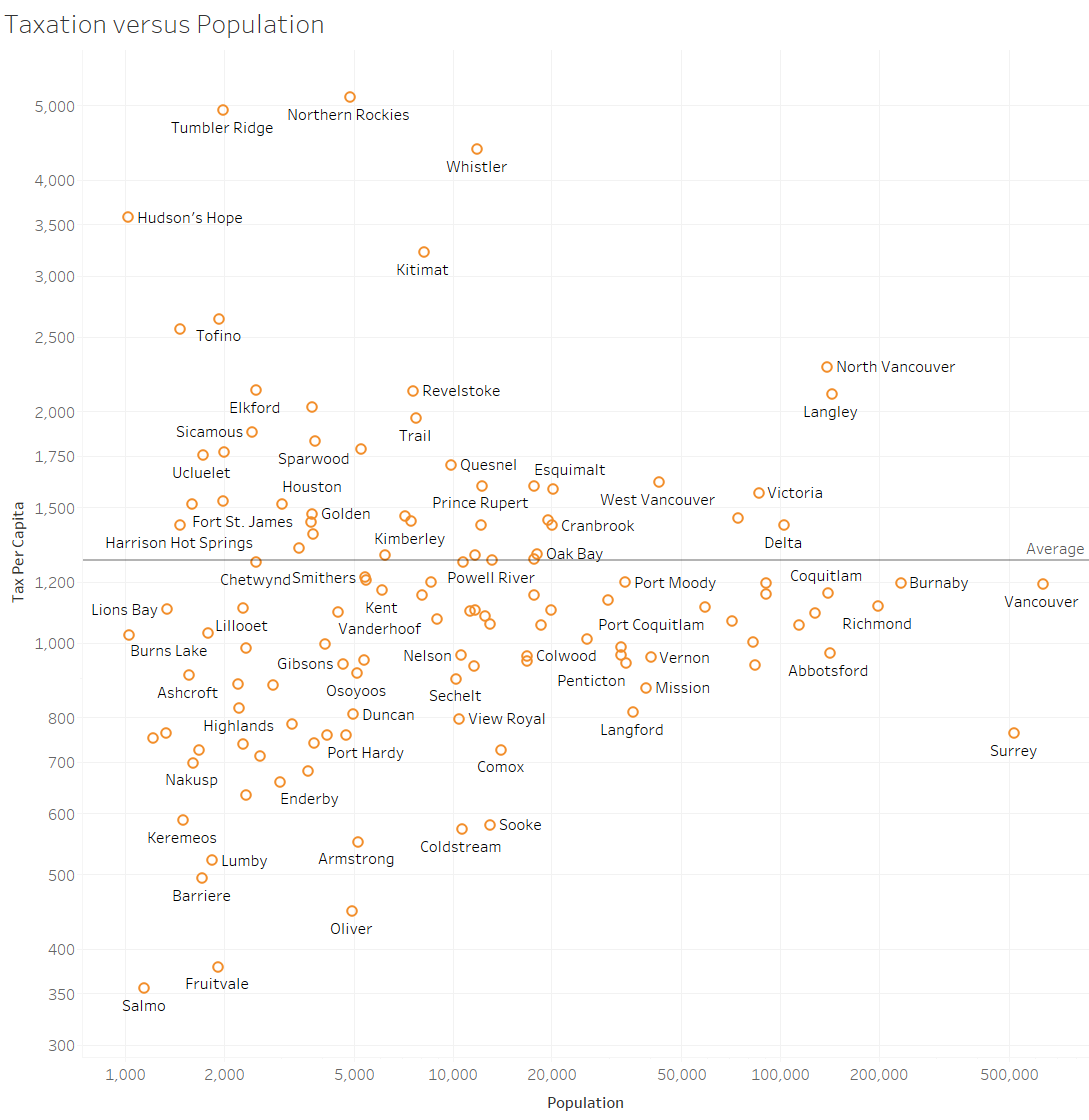 One conclusion from this graph is that per-capita taxation tends towards the mean as population increases.  So several large municipalities (again, note the log scales) are very close to the provincial mean of just over $1,200 per year.  Surrey is slightly on the low side whereas North Vancouver is slightly on the high side.  We see much bigger variability among smaller communities.  Again, apart from resource-based communities, it is difficult based on this graph to identify the factor that differentiates the more- and less- expensive communities.  But the variations certainly exist.