Question: Is a municipal police force cheaper than a contract with the RCMP? Based on a superficial benchmarking analysis of communities in BC, it seems unlikely.  Here is the average cost per capita of protective services in 76 municipalities:

Some important caveats. though: 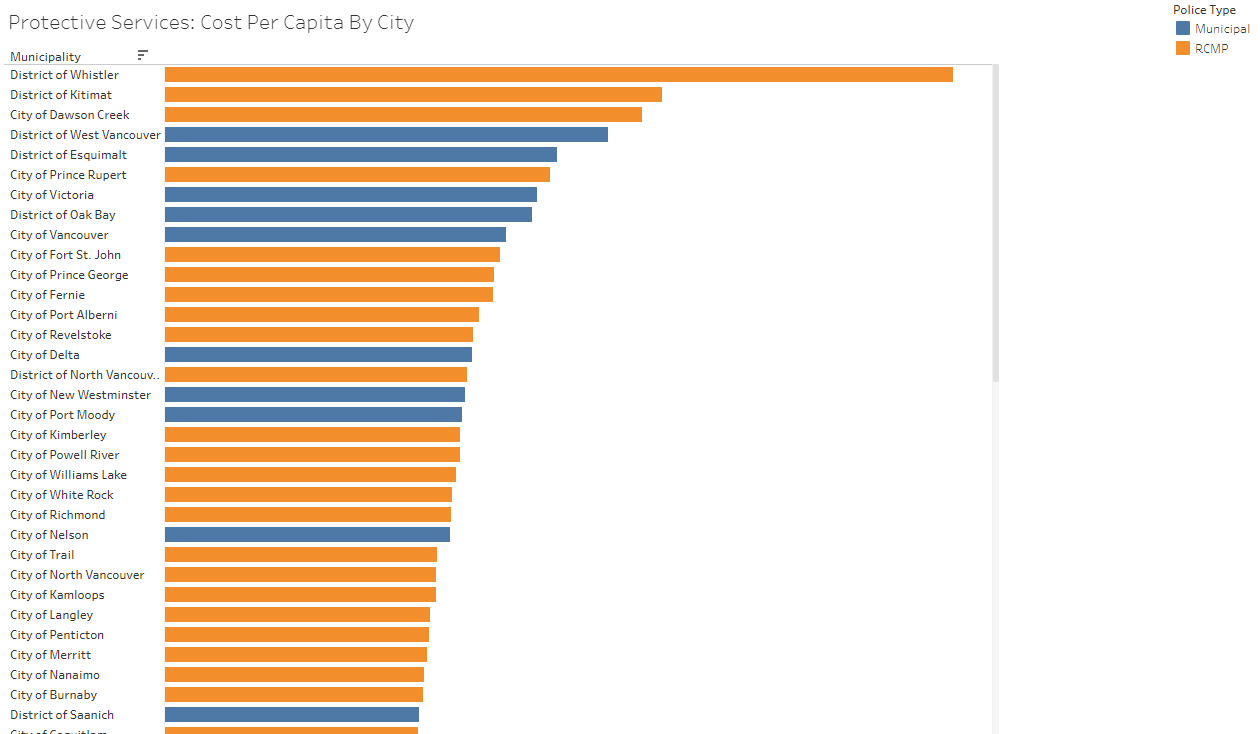 Second, the best source of public data (the provincial LGDE) is too coarse-grained.  Specifically, it contains costs for “Protective Services”, but does not break this down further by police, fire, bylaw enforcement, and so on.  As we can see for the breakdown of protective services for the City of Penticton below (which I take to be representative), fire is a significant component of the protective services budget.  This is a potential confound, especially under the “big spender” hypothesis (see below). 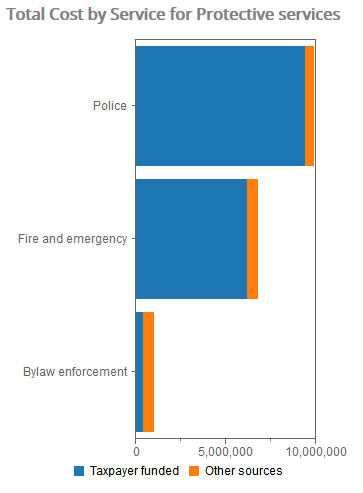 Third, the arrow of causality may run either way.  Communities with non-RCMP police forces may have high protective services costs because municipal police forces are expensive.  Alternatively, communities in which citizens are willing to pay more for protective services may opt for their own police forces as a means of achieving the desired level of services.  In the first case, the municipal force is the cause of high cost; in the second, high cost (or, more precisely, high willingness to pay) is the cause of the municipal force.  I could imagine West Vancouver falling into the second category: its citizens may be willing and able to pay for a level of service that the RCMP cannot provide under its standard contract. 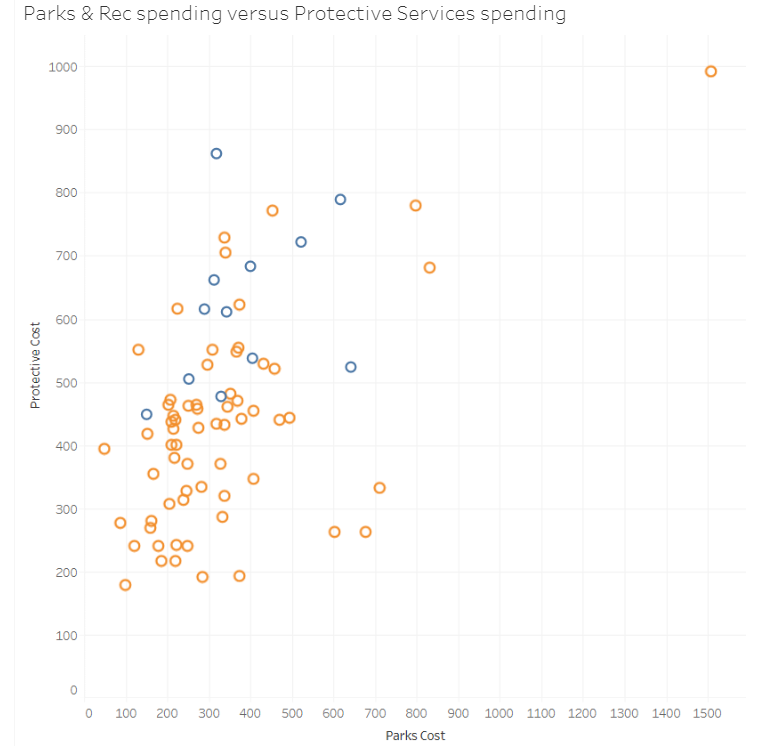 Finally, LGDE only reports expenses for protective services.  It does not report actual costs to citizens of the services (taxes, fees, fines, etc.).  This is potentially important.  Municipal forces may have high expenses but may also have sources of revenues (e.g., fines) that remain in the community and directly offset these costs.  The net cost to citizens therefore may be very different from the expenses reported in the financial statements.  Again, the data it too coarse-grained to allow us to investigate the citizen cost of the alternatives.  But my sense is this: police is a big-ticket item.  New West pays $30M for its police force.  But, when I skim though its financial plan, I do not see any major sources of revenue that are clearly related to policing.  Maybe policing (at least in this part of the world) is not much of an earner.  I regard that as a good thing.

So what does this quick-and-dirty benchmarking tell us on balance?  Per capita protective services costs for communities with municipal police forces are, on average, a third higher than communities with RCMP contracts.  We do not have enough data to tell us whether this difference is statistically significant.  However, we can almost certainly rule out the alternative hypothesis: that municipal police forces are significantly cheaper than RCMP contracts.

As noted above in the context of the “big-spender” hypothesis, however, communities may have non-cost rationales for favoring a municipal police force.  Indeed, many communities (including my own) are augmenting RCMP policing with various forms of private security and bylaw enforcement to achieve the service levels they desire.

** One problem with this approach, alas, is that some communities opt-in to regional parks and rec.  For example, the Town of Oliver has very low parks and rec spending in the LGDE data, but only because the town makes relatively large payments to the Regional District of Okanagan-Similkameen for the regional district's parks and rec service.  This regional arrangement allows Oliver to share costs with adjacent rural areas.  But it potentially distorts the "big spender" analysis.